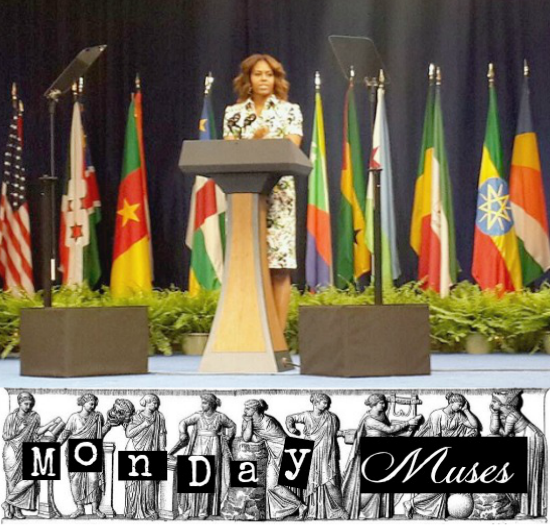 An inspiring speech by American First Lady, Michelle Obama during last year's YALI summit held at the Regency Ballroom in San Francisco is currently making the rounds in my feed on Facebook, and I must say, it moved me. I am moved by the example set by this intelligent, poised and remarkable woman and the cadence in her words, but most of all, Obama's point that a richer society and culture result from the empowerment of men AND women, must include the efforts by both men and women. If knowledge is power, to open windows of opportunity, EDUCATION is key.

The following is an edited transcript of the speech, but if you haven't heard it already, I recommend you listen to this moving speech for yourself.

MICHELLE OBAMA: I could give a perfectly fine speech today about increasing investments in girls’ education around the world.

But I said I wanted to be honest.  And if I do that, we all know that the problem here isn’t only about resources, it’s also about attitudes and beliefs.  It’s about whether fathers and mothers think their daughters are as worthy of an education as their sons.  It’s about whether societies cling to outdated laws and traditions that oppress and exclude women, or whether they view women as full citizens entitled to fundamental rights.

So the truth is, I don’t think it’s really productive to talk about issues like girls’ education unless we’re willing to have a much bigger, bolder conversation about how women are viewed and treated in the world today.  And we need to be having this conversation on every continent and in every country on this planet.