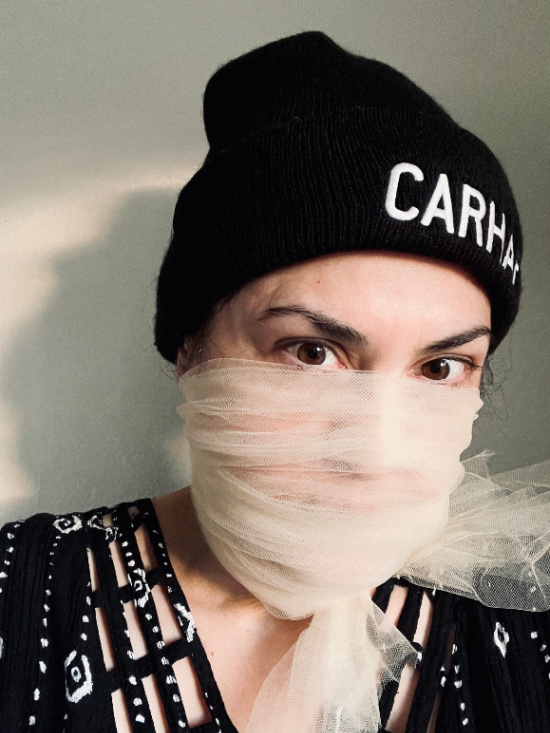 THE TRUE YOU MAY BE SOMEONE YOU HAVEN'T YET MET.

She had
A heart—how shall I say?—too soon made glad,
Too easily impressed; she liked whate'er
She looked on, and her looks went everywhere. 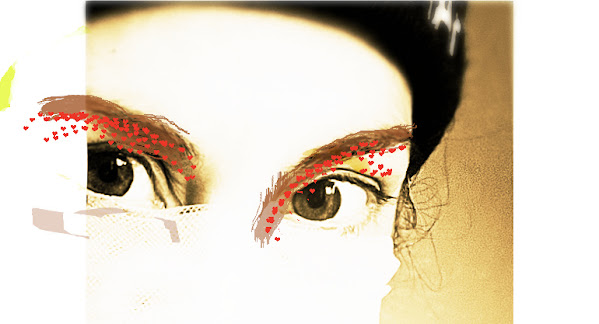 In English grammar and in particular in casual English, generic, impersonal, or indefinite you is the use of the pronoun you to refer to an unspecified person, as opposed to its standard use as the second-person pronoun. Generic you can often be used in the place of one, the third-person singular impersonal pronoun, in colloquial speech.

What does it mean to be you?
Will any you, just do?

"First, we need to think a bit more about what we mean by identity.

If identity provides us with the means of answering the question ‘who am I?’ it might appear to be about personality; the sort of person I am. That is only part of the story. Identity is different from personality in important respects. We may share personality traits with other people, but sharing an identity suggests some active engagement on our part. We choose to identify with a particular identity or group. Sometimes we have more choice than others. This chunk will address the relative importance of structures, the forces beyond our control which shape our identities, and agency, the degree of control which we ourselves can exert over who we are. Identity requires some awareness on our part. Personality describes qualities individuals may have, such as being outgoing or shy, internal characteristics, but identity requires some element of choice. For example, I may go to football matches on Saturdays because I enjoy shouting loudly with a crowd of lively extroverts, but I go to watch Sheffield Wednesday because I want to identify with that particular team, to wear that scarf and make a statement about who I am, and, of course, because I want to state that I support one Sheffield team and not the other (Sheffield United). We may be characterized by having personality traits, but we have to identify with – that is, actively take up – an identity.

This example also illustrates the importance of marking oneself as having the same identity as one group of people and a different one from others. Think about a situation where you meet someone for the first time and, in trying to find out who they are, ask questions about where they come from and what they do. In such situations we are trying to find out what makes up this person and also what makes them the same as us – that is, what we have in common – and what makes them different. If you see somebody wearing the badge of an organization to which you also belong, it marks that person out as being the same as you, as sharing an identity. Or consider a situation where, traveling abroad, hearing the voices of those who speak your own language, you feel both a sense of recognition and of belonging. In a strange place, finding people who share our language provides us with something and someone with whom we can identify. Or imagine that you are on a train, and a stranger in the compartment is reading the local newspaper from the town where you were born. You might strike up a conversation which includes references to what you have in common. This presents a moment of recognition and of having something in common with another person who shares an identity with you. Identity is marked by similarity, that is of the people like us, and by difference, of those who are not. There are other examples which are less reassuring, where the appropriate identity is not established, and where, for example, one may be denied access to credit or hire purchase, pension or sickness benefits, or entry to a club or restaurant, or, even more significantly, to a country.

How do we know which people are the same as us? What information do we use to categorise others and ourselves? In the examples above, what is often important is a symbol, like a badge, a team scarf, a newspaper, the language we speak, or perhaps the clothes we wear. Sometimes it is obvious. A badge can be a clear public statement that we identify with a particular group. Sometimes it is more subtle, but symbols and representations are important in marking the ways in which we share identities with some people and distinguish ourselves as different from others.

In this sense, although as individuals we have to take up identities actively, those identities are necessarily the product of the society in which we live and our relationship with others. Identity provides a link between individuals and the world in which they live. Identity combines how I see myself and how others see me. Identity involves the internal and the subjective, and the external. It is a socially recognized position, recognized by others, not just by me.

However, how I see myself and how others see me do not always fit. For example, individuals may view themselves as high achievers, worthy of promotion, yet be viewed by their employer as less than successful. The young people noisily returning home from a club in the early hours of the morning may be seen by others as troublemakers. Think about some of the ways in which how you see yourself may be at variance with others' perception of you. This could be at a more personal level, in the context of family and friendship relationships, or at a more public or even global level, where particular characteristics are attributed to specific national or ethnic groups. A sense of conflicting identities may result from the tensions between having to be a student, a parent, and an employee at the same time: these are examples of the multiple identities which people have.

The link between myself and others is not only indicated by the connection between how I see myself and how other people see me, but also by the connection between what I want to be and the influences, pressures and opportunities which are available. Material, social and physical constraints prevent us from successfully presenting ourselves in some identity positions – constraints which include the perceptions of others. Criminal identities are often produced through the exaggeration of stereotyping, where newspaper reports reproduce the notion of a criminal identity as young, male and black (Mooney et al., 2000). Criminality can be produced by others who construct this category of person. This process of stereotyping certain groups as criminal also illustrates some of the imbalances and inequalities in the relationship between the individual and the world outside.

The subject, ‘I’ or ‘we’ in the identity equation, involves some element of choice, however limited. The concept of identity encompasses some notion of human agency; an idea that we can have some control in constructing our own identities. There are, of course, constraints which may lie in the external world, where material and social factors may limit the degree of agency which individuals may have. Lack of material resources severely limits the opportunities we have; as in the case of poverty and economic constraints. It is impossible to have an identity as a successful career woman if one is without a job and if there are no employment opportunities. Other limitations to our autonomy may reside within us, for example in the bodies which we inhabit, as illustrated by the ageing process, by physical impairments, illness and the actual size and shape of our bodies." (source)

Do you own
your persona? Or, did you

I am your opus,
I am your valuable,
The pure gold baby
That melts to a shriek. 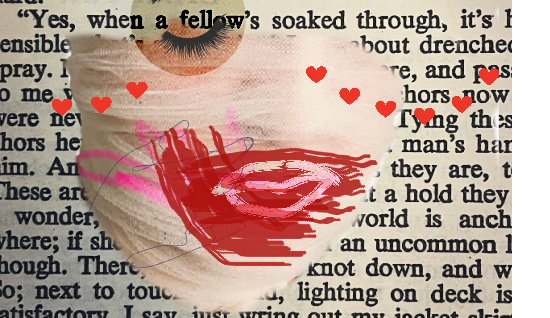 How + when do you present your generic you?

When you drop the name brand bland,
and go as dew?

San serif, without the teeth,
without a whisper of queef.

The best behavior you,
stomach all sucked in,

not a butter pat of sin.
All bird and no beak.

Is this
the you, 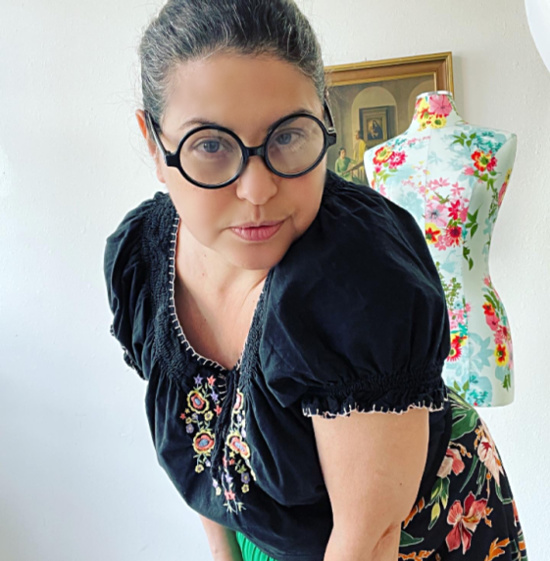 These glasses aren't perched on my face to help me see- they are the useless but fashionable sort with blanks for lenses. But cute, eh? They remind me of Harry Potter. So to uh, cast a spell of enchantment, I posed with them and they did manage to add a bit of something to my outfit, don't you think? 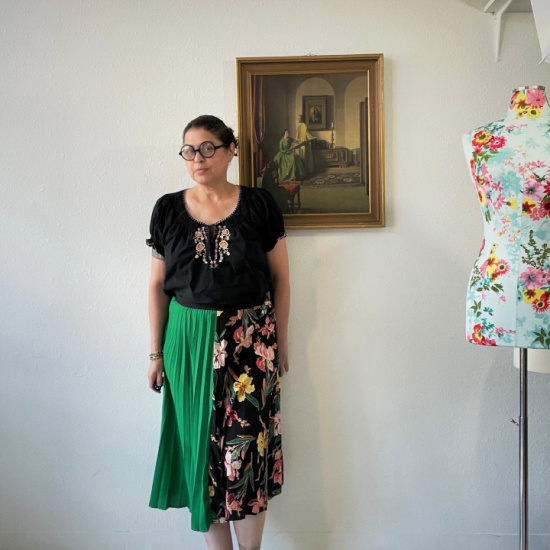 These photos were taken this past summer, when I first moved into the BT/W studio. The light in the space has such a nice quality- these are taken with just natural daylight coming through the windows.

I've been attracted to garments that have a timeless quality to them, and this blouse is a case in point. While it's a no name cotton blouse, I like the vague ethnic quality to it, and think the floral embroidery on the front is a quiet call-back to the bold floral print on the skirt. Nothing fancy here, just a solid, comfy separates that can mix and match with a variety of other items. 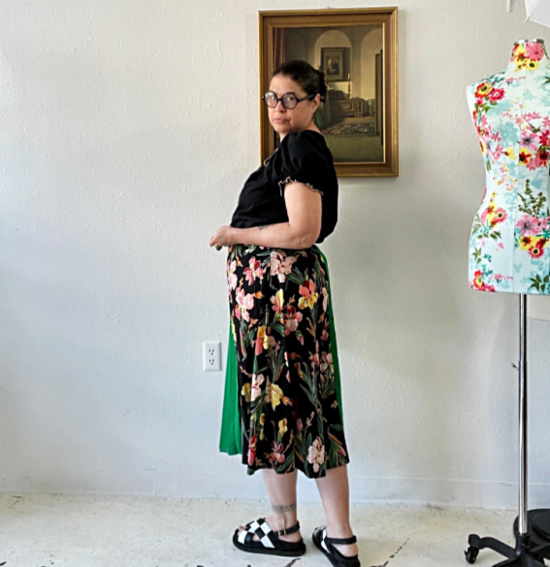 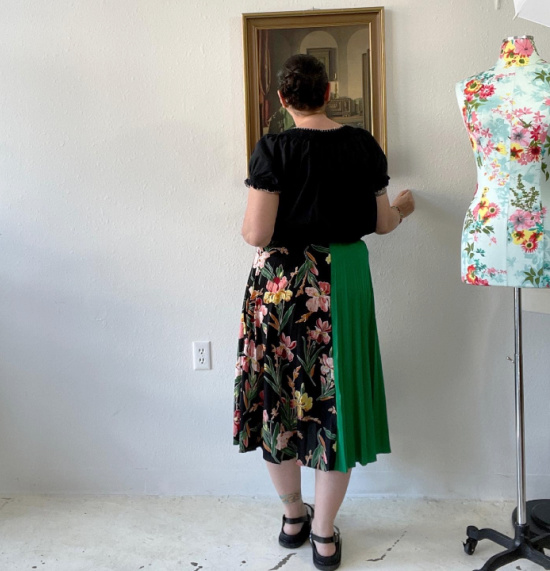 I'll admit, I love the Harry Potter books but CONFESSION:

I've somehow NOT managed to watch all of the Harry Potter films. I watched the first 3 I think and just forgot about them. BUT- that does not stop me from being giddy about the upcoming LE GRAND OPENING of a wizard bar in my neck of the woods!

More specifically in Ballard. Which somehow seems oh-so-appropo that SEATTLE IS SOON to have a wizard themed bar in our city! It's called The Splintered Wand, and you can learn more about them HERE. 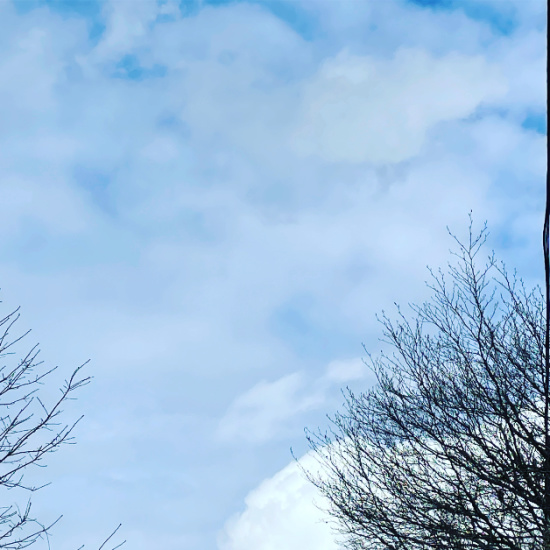 DON'T be a ghost.

Don't go through your life as if you don't matter.
Don't let the world push you around as if invisible
You have every right to be here. YOU ARE HERE. 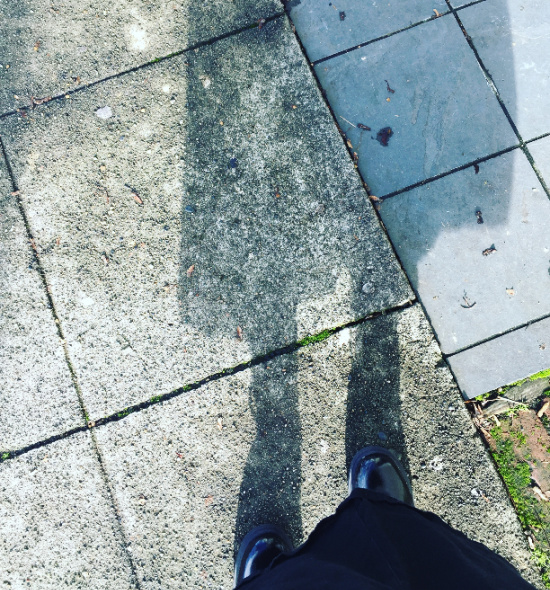 SEEK OUT your kindred spirits.

Keep an eye out for them, see them for who they are,
and cherish your time with them. 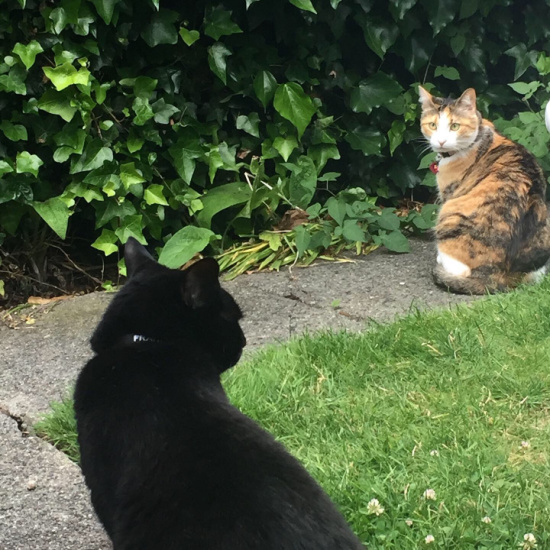 Do not give your energy away
to the past, or to those who are no longer present.
FEEL the past, but do not FEED it. 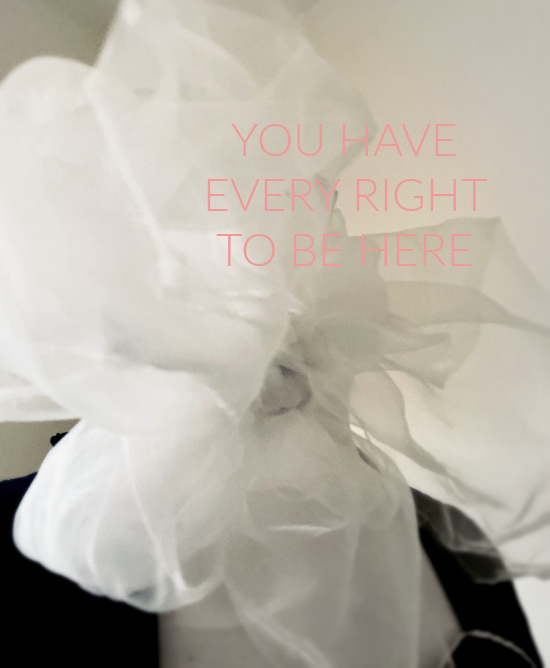 This is your adventure. Own it.
It's on you- so get a good road map
and get yourself to the port of call of YOUR choosing.

While you may not be here for a reason,
there's a good reason why you're here. 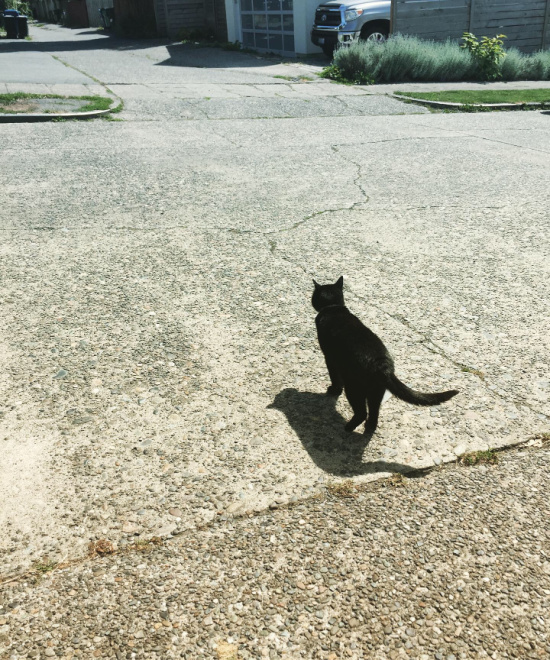 Email ThisBlogThis!Share to TwitterShare to FacebookShare to Pinterest
Labels: advice for living, don't be a ghost
Older Posts Home
Subscribe to: Posts (Atom)