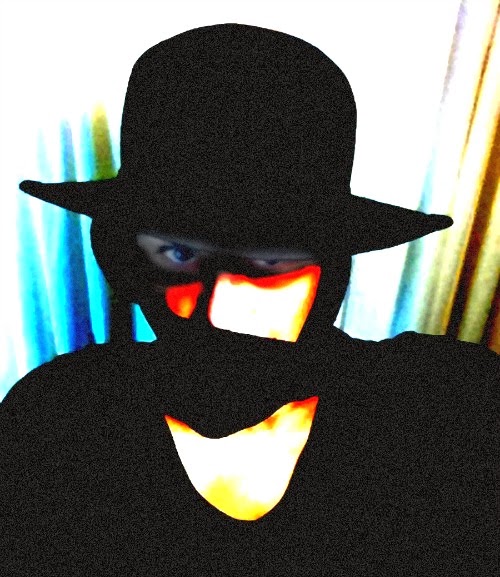 The  Gaucho
The traditional Gaucho hats is a felt hat with a wide flat brim, a shallow flat-topped crown and, on most, a wind tie. This hat was the main article of clothing used by Gauchos in the early 19th century to work on the South American ranges. The nomadic cowhands of the Argentinean grasslands were in need of a hat that would protect them from the harsh winds when out on the prairie herding cattle. The gaucho sombrero is usually black and is sometimes worn with the brim turned up against the windy conditions to ward off the chill.

One can not help but feel the tinge of the dramatic when wearing almost anything from the 1980s. This Gaucho inspired vintage wool felt hat by Betmar is no exception. 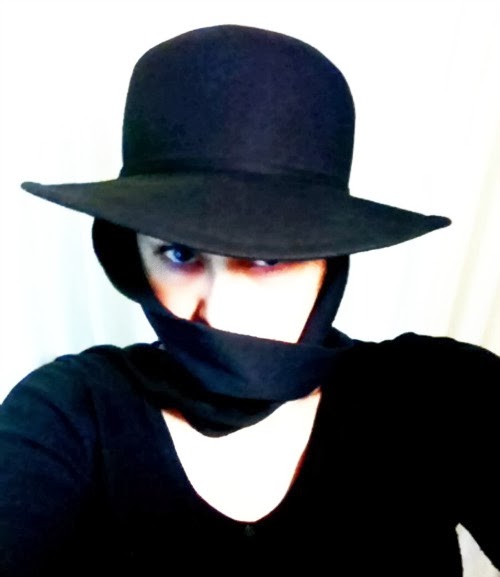 With its black jersey knit attached neck scarf, it looks a bit like something a woman of mystery (or villainess?) would wear in a silent movie. Exotic, commanding, and with just a touch of practical to combat a winter chill. After all, even women of mystery need to keep their bits warm!

This topper makes a grand entrance, and grandly I go- off to participate yet again in The Style Crone's monthly HAT ATTACK. If you, like me, are a hat lover, you're going to want to pay Judith and her cronies a visit, too!

If one is so inclined, you can buy this show stopper, topper HERE.

YOU wear this piece with stylish perfection!

YOU wear this piece with stylish perfection!

Very Dramatic! We all like to be a woman of mystery once in a while ;)

You look like a beautiful, mysterious spy woman in your own movie!! What a cool look!

Dramatic and stylish, you! You must have a secret . . . xox

Perfection. I love hats from the '80's too. XXOO

I was going to mention how dramatic your hat is when I saw you use the same word. You rock in this.

<3. it's an excellent hat. i'm a hat lover. There are hats i remember. All my life, though some have changed... heads:-)

Dramatic, inky, strikingly shaped hat, great photos, and I appreciate this easy opportunity to learn just what a gaucho hat is and what it was originally for! I think I've only heard "gaucho" in the context of pants, and I didn't really know what those were about, either.

The gaucho and you are perfect companions! You pull off dramatic with flair and you certainly made a grand entrance on Hat Attack. Thank you for sharing your style and beauty!

It is freaking fabulous and so is your blog here! Keep on rocking that hat and any style you feel like!
Meri
merigoesround.com

This hat looks like it was made for YOU!

Muy misterioso! I really like it. It's got an enigmatic edge to it that makes it hard to look away.

Betmar makes great hats! I have at least a couple around here somewhere. I like how a vintage hat like that can take you somewhere else and be a different person. :)

No Fear of Fashion said...

So the hat is sold. I can imagine that. You wore it so well. It really suited you. I think it would have suited me too. High crown and big brim, they are good for me. And the tie to keep it in its place, was nice and wide, not just a a string.
Greetje