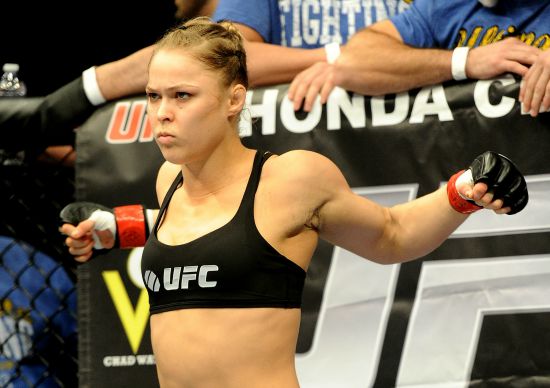 I'm not a sports person, you know. More prone to dig around dirt in the garden, pet kittens, read fashion magazines than to do uh, things athletic, and I don't normally watch many sports. I'm a big softy, a bleeding heart type, so you won't be surprised that I particularly don't care to watch fighting sports. You might be surprised then to know, I am a big fan of Ronda Rousey. 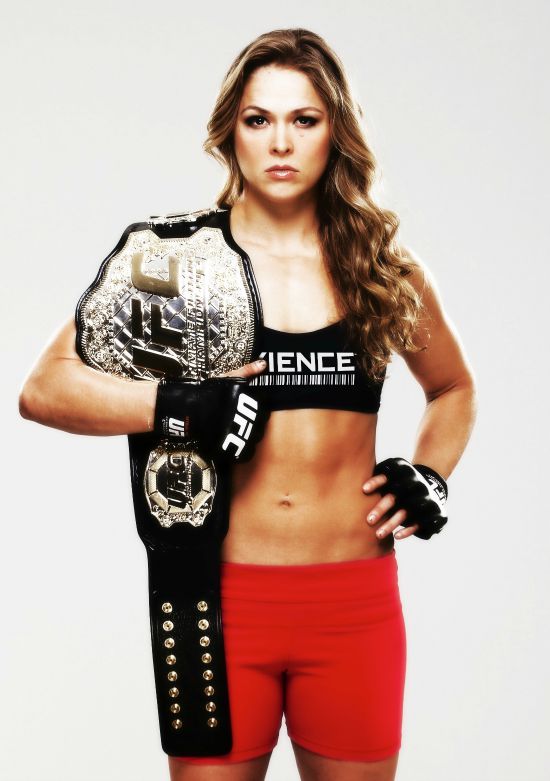 From her UFC Biography: Ronda Rousey isn’t just the most recognizable woman in the UFC, she is is arguably one of the most recognizable athletes in the world today. Rousey is the undefeated UFC women’s bantamweight champion. Since making her UFC debut in 2013, she has emerged as more than the best female MMA fighter in the world: Rousey is now an author, actress, magazine cover model, fashion icon and sought-after TV guest.

Maybe it's because her fights are so short (her total fight career clocks in under a minute) that I can handle them. The dude is a sports guy, and perhaps, because he knows that I'm drawn to strong female characters, that he thought I'd want to check her out. After showing me some of her past fights and watching her interviews, I became a fan. You kinda love her or hate her, as her charms do not fall softly; she's a taste you are either going to like from the get go, or want to steer away from. 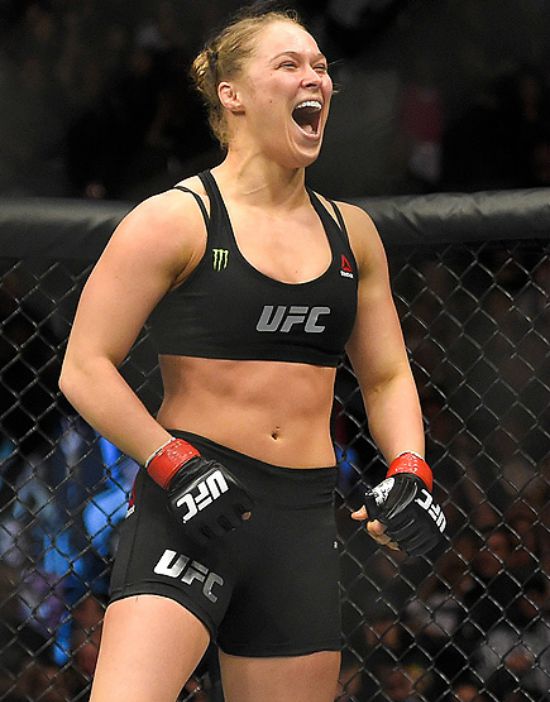 Oh, she's a bad-ass, and there's no denying that.

Hers is history making, many times over. But it's her attitude that wins me over. While she's a woman who likes to dress up when it's called for, she owns a refreshing lack of vanity. I kinda like that she doesn't appear to practice pretty faces, and totally owns her body. After fighting and winning a bout with bulimia in her teens, Rousey has come to terms with her body, and uses her public platform as a means to help other women be ok with theirs too. She has claimed to come to photo shoots as heavy as possibly, as her way of showing you don't need to be stick thin to be comely in a bathing suit.


"I think it’s hilarious if someone says my body looks masculine or something; I’m like, Listen, just because my body was developed for something other than f*cking millionaires, doesn’t mean it’s masculine. I think it’s femininely bad-ass because there’s not a single muscle on body that isn’t for a purpose...It’s not very eloquently said but it’s to the point, and maybe that’s what I am, I’m not that eloquent but I’m to the point.” 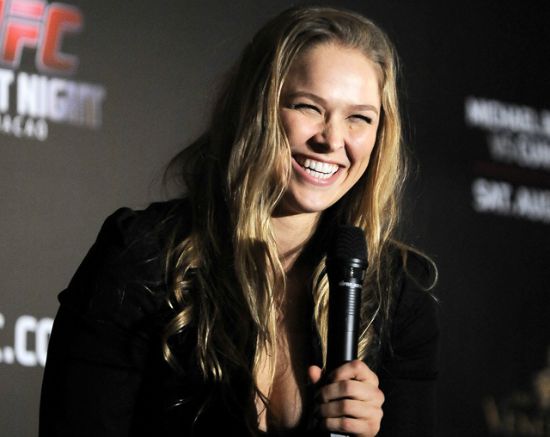 She's no whiner. When people accuse Rousey of getting media attention solely because of her good looks, she doesn't whine about it- she says she is grateful for whatever advantages come her way, and she works hard to earn her accomplishments. She doesn't seek out public favor either- whether she is booed or cheered before a fight, she relies on herself to get the deed done. "I'm an anti-hero," declares Rousey, "and I'm ok with that." 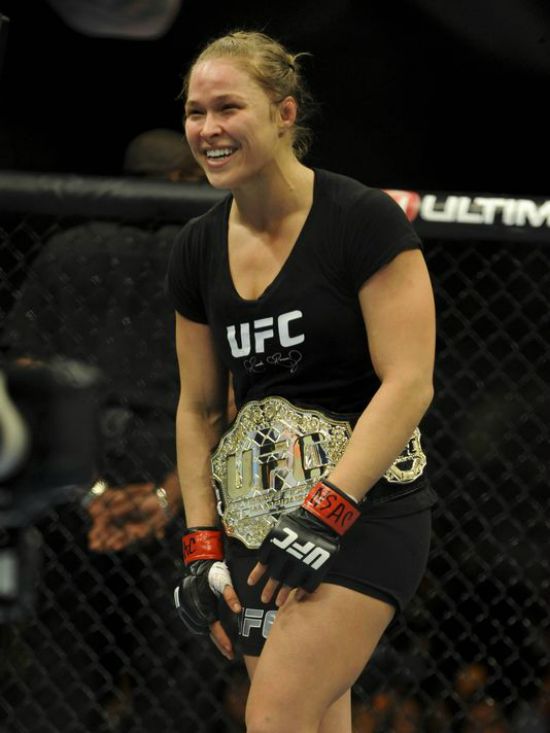 The Fighting Femme: she's a woman, no denying it, and yet the best thing about her many ground breaking achievements, is that you don't need to put the term woman before them. When people describe her in her male dominated sport, they don't call her "the most dominant woman athete of all time," they describe her as the most dominant ATHLETE of all time. She is a major draw, and now a headliner in the UFC, a first for a woman.

But break it down, Rowdy Ronda Rousey is good to watch- just don't blink, as she'll have already won the match.

I love her. She's got power and class.

Ronda is so amazing!