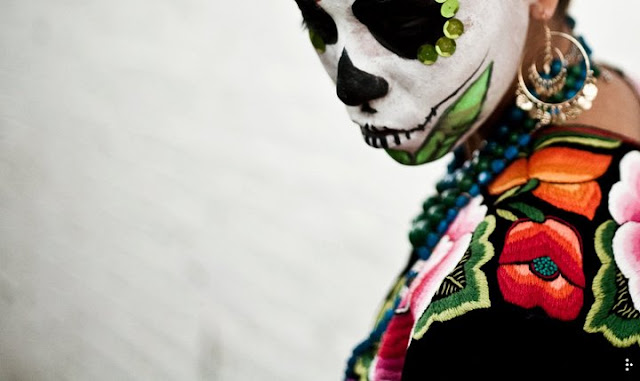 "Oh voyagers, oh seamen,
You who come to port,
and you whose bodies will suffer
the trial and tribulations of the sea
or whatever event.
This is your real destination...
not farewell. But fare forward."
T.S. Eliot, The Dry Salvages 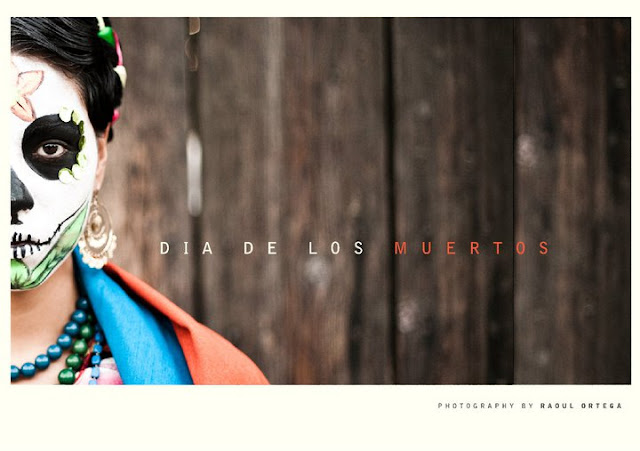 This is a beautiful time of the year.

During the last week of October and the beginning of November, traditional Mexicana culture celebrates the lives of loved ones who have passed on, by honoring a holiday christened the Day of the Dead, or Dia De Los Muertos. This is no sombre affair: Dia de los Muertos is a joyful, colorful celebration of life, a seasonal reminder on how precious this life is.

Capturing the spirit and the beauty of this cultural holiday are the images of photographer Raoul Ortega's most recent photograph series, Dia De Los Muertos. Raoul Ortega is a Sacramento photographer of note, probably best known as the unofficial-official photographer for designers Van Der Neer.  His artistic eye keenly captures their modern yet romantic aesthetic.

These  Dia De Los Muertos  photos could easily fit inside the pages of a fashion magazine, but the images contain more than just pretty girls in colorful clothes. Caught on film is the concept that life while fleeting, is beautiful and worth celebrating. 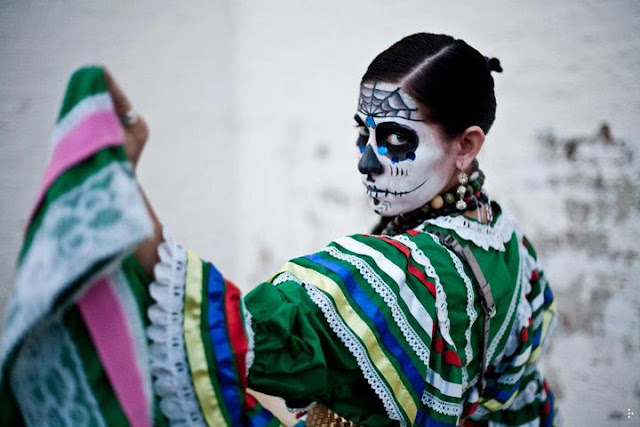 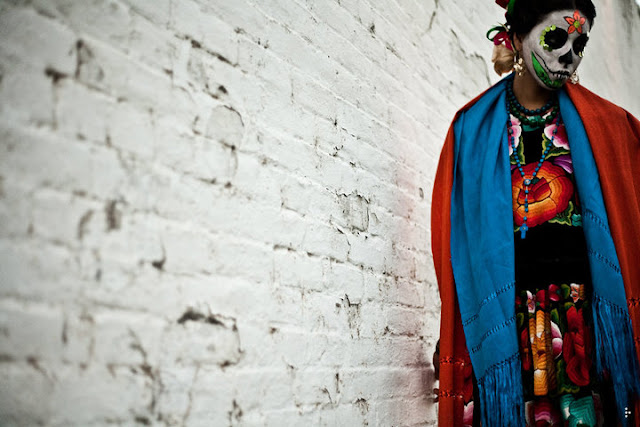 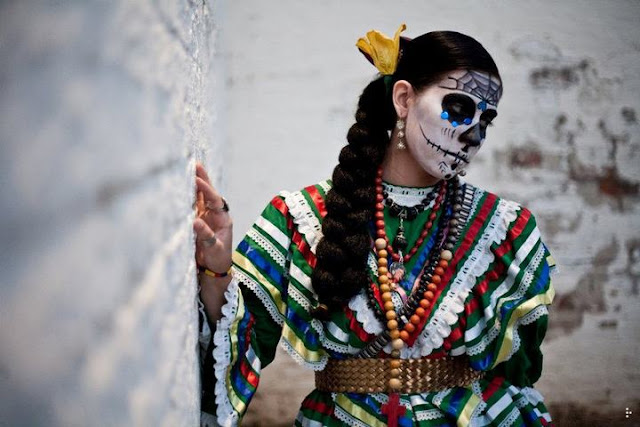 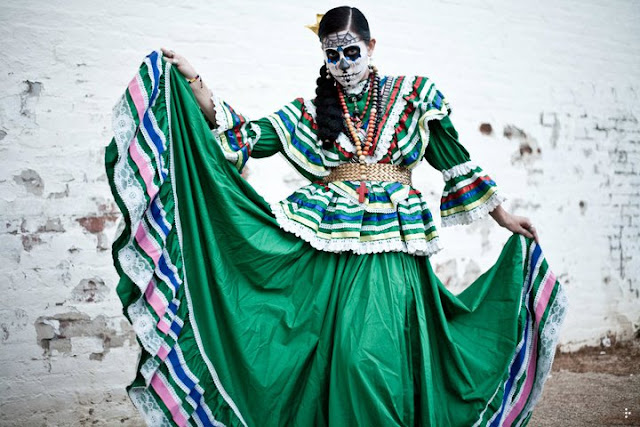 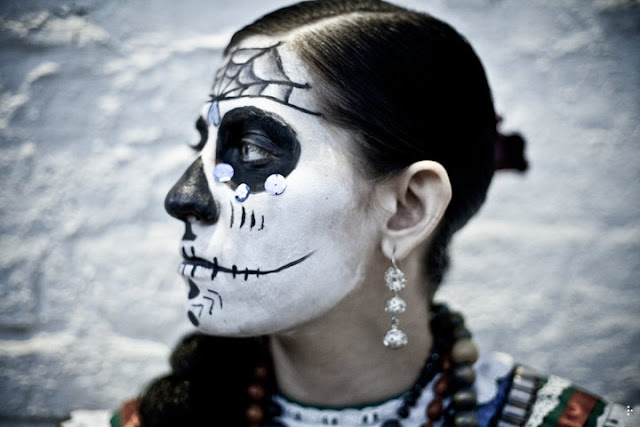 Email ThisBlogThis!Share to TwitterShare to FacebookShare to Pinterest
Labels: Day of the Dead, photography, Raoul Ortega

These images are amazing and so colorful! They capture the Day of the Dead so well and in the right light too...a celebration!

These are gorgeous photos! I love Dia de los Muertos. I hope there are some amazing celebrations in NYC :)

I'm blown away by these photos. Thanks for introducing me to such a talented photographer!

You KNOW how much I absolutely LOVE these!!! Soooo cool:)
The detail work is really out of this world...thanks for sharing!!

I love this time of year. Makes me sad to have to miss out on all of the festivities of the Bay area this week though. He's such a talented photographer. Both artful and culturally fascinating to me and what a beautiful way to celebrate! Thank you for the intro of his work.

I am so loving these since i'm obsessed with colour and costume make up - that last shot is amazing!
This time of year always reminds me of endless festivities in the lead up to my birthday... what with Halloween, Bonfire night... lots of celebrations, love it!

beautiful pictures - thank you for sharing these amazing pics with us!

A national celebration paired with the beauty of the Mexican vestidos and the indian traditional hair and accessories creates such stunning photographs.

These are really stunning.

I'd read about this tradition but the celebratory aspect of it wasn't emphasised so this post has been an education - wonderful photos!

Bella, these photos take my breath away. Thank you for sharing these images as they made my day!

i am hoping my makeup tonight will be even half as fabulous as this!

I love how I can share some spanish heritage with you my bella. This would be such a fun theme for a party.. hmm... maybe that'll be the theme for my 23rd birthday. How fun right? lol

Holy cow. These photographs are stunning!! I absolutely love the make up.

Wonderful post! I love the Day of the Dead tradition in Mexico, and these photos are absolutely breathtaking.

I love the wonderful art that comes with the Day of the Dead! I see these photos and they make me want to see the real thing someday!

Stunning photography! Thank you for introducing this artist.

Those images are stunning.

Hola Amor,
I adorar Dia de los Muertos!
from the bright colors to the calavereas and what Dia de los muertos means, honoring our past loved ones. amazing fotos and modelos.Gracias for the follow.
besotes

Wow, how amazingly gorgeous!! I just love the use of color in Mexican traditional clothes. Clothes in south Asia are also similarly colorful and I really miss being surrounded by so much color.

I'm very grateful you showcase local talents like Raoul Ortega. It's awesome that Sac has such a great artistic and cultural scene. I live in Roseville and I'm often so starved for culture and art, lol! I'm glad I get to experience it vicariously through your blog! ^_^