This is Wayne. He's a photographer. 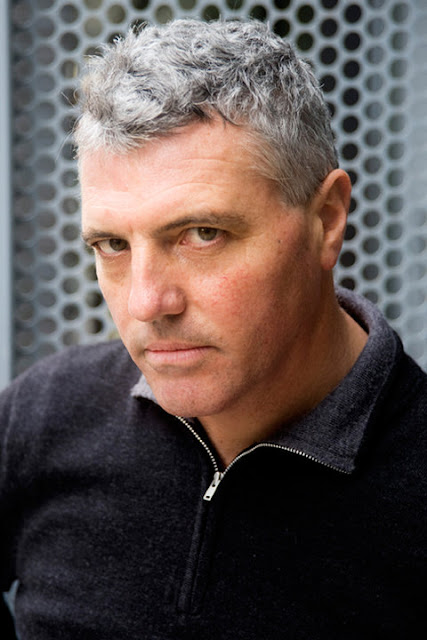 Wayne Tippets has one of the BEST street-style fashion blogs anywhere. You'll probably recognize his website on my blogroll:  Streetstyle Aesthetics. Be sure to bookmark it: www.waynetippetts.com.
While Streetstyle Aesthetics has been around since November 2008, this Brit has been photographing street culture since the late 1980's, making his mark in Jamaica in the early nineties chronicling the explosive reggae/dancehall scene coming out of Jamaica at the time.
Two recent shots that I absolutely love, and represent some print & pattern play that I am mad for: 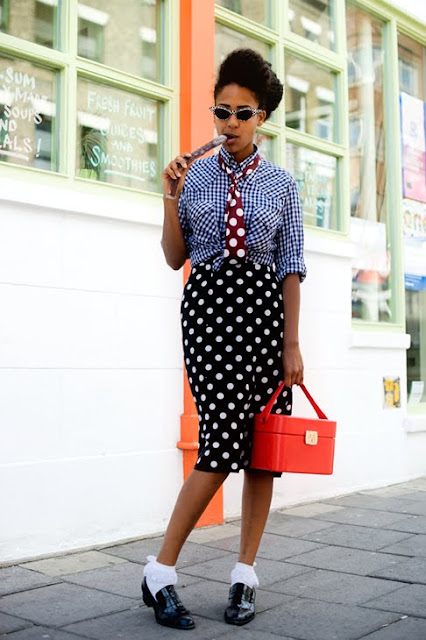 Not that plaids or polka dots are anything new in street style. Here are two amazing style-sters snapped by Wayne Tippets back in late 2008, early posts from his blog. 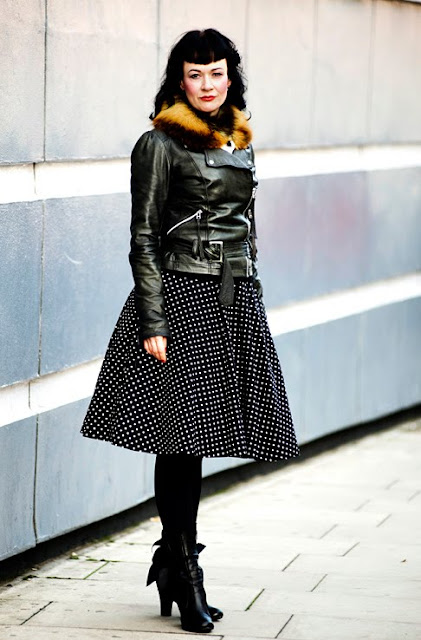 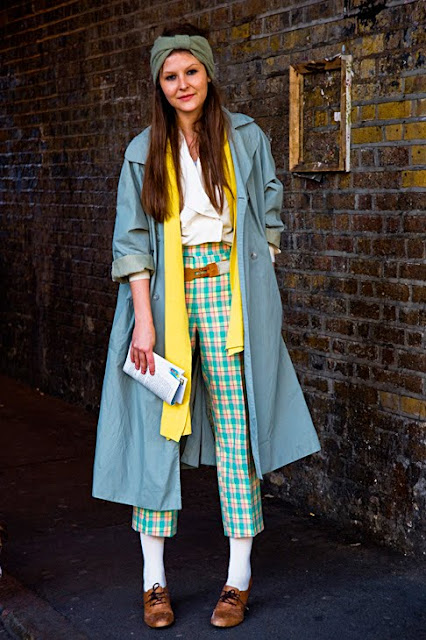 Sensing a pattern? Not only does he have a superb eye for a sharp photograph, Wayne has a keen eye for sharp dressers!

"From the start when I thought the name, I wanted to bring my voice to it and try and take a relatively new art form and try and push it in a new and exciting directions."

I've become such rabid fan of Wayne's work, that I've actually sent him a few e-mails. One reason was to ask for permission to reprint his work for this blog, and another was to inquire as to where and when I might find a coffee-table book version full of his amazing pictures.
He quickly & kindly replied, and gave me permission to re-print some of his photos. He also shared a bit about his point of view.  "As far as the aesthetic goes," Wayne writes, " it has been a collaboration with my art director and old friend Peter (Sloper) that has made it possible. From the start, when I thought of the name, I wanted to bring my voice to it and try and take a relatively new art form and try and push it in  new and exciting directions." This aim is shown in the motto of Streetstyle Aesthetic: "It's not just the clothes, it's the people who wear them."
Which is probably why I love his images so much. He expertly captures the personality of the wearer, not just the style. The people captured in their finery are all about personal style. Which brings me to my wish for a big and bulky coffee-table style book of his street-style photographs.  He writes: "As yet I have not finalized any publishing deal, but my work is extensively published in several books on reggae and also the V&A publication "Black British Style". I hope this is of some help." Hardly, Wayne, but I'll make due.
In the meantime, I'll keep enjoying the gorgeous street-style captured by Mr. Tippets at Streetstyle Aesthetics.com 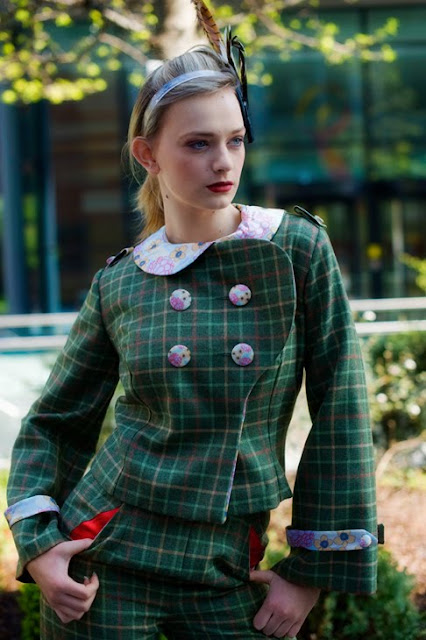 For less fashion and more of a sampling of his street culture shots, click here.
Read a good interview of Wayne Tippetts here.

As from this instant his page is on my blog roll. What a wonderful discovery!!!!
I love the first photo: that mixture of polka dots is amazing, and about the pics of the 80s, the seam to have been taken today...
Wow you made my day.
Thank you my dear friend.

thanks for sharing, Bella! I feel that I must visit his blog in the inspiration search...

I'm so glad you shared this! He has an eye for the most unique outfits

I am so glad you all like it! I love his photos and still wonder why he's not as famous as Scot Shuman, the Sartorialist.

Shoot me that's good!!! I knew about the Sartorialist but clearly there's someone else I need to follow. And now I need a polka dot skirt too darn it.

He is a wonderful photographer.. And I love hid style for photography..
LOx

wow! talented and amazing....I like that he chooses people that seem like everyday people and the photography is sharp and moody. Going on my blogroll right now!
Thanks.

Thanks for sharing this wonderful photographer and link. I LOVE sites like this :)