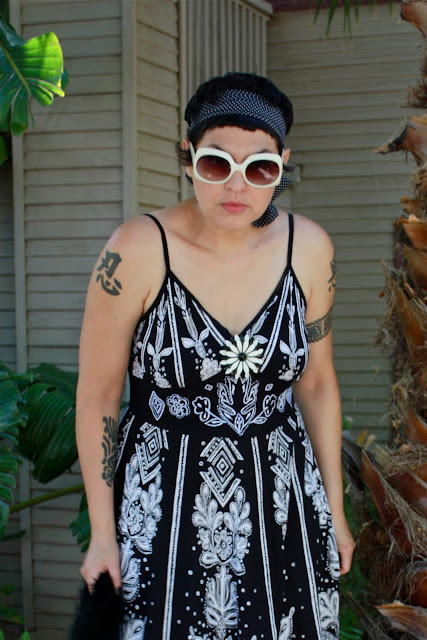 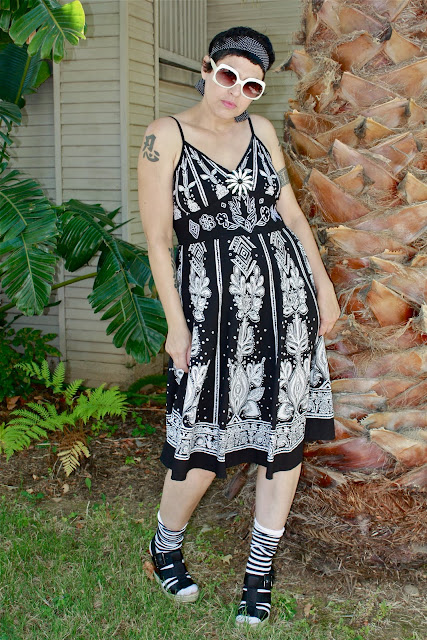 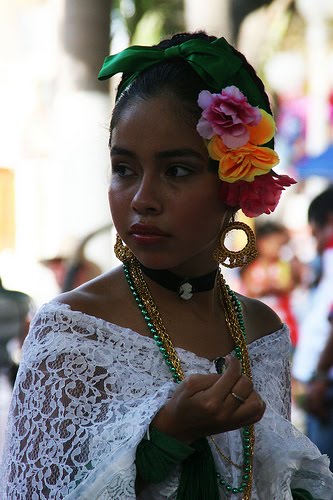 (Image courtesy of Rebozo.info )
I wore this the day I attended the first annual Rebozo Festival at the Guild Theatre. My mother thought I'd be interested in seeing the fashion show featured as part of the celebration, and so invited me. Her primos, Alfredo y Abel had told her about it, as an amigo of theirs was the designer. The designer, Rory Castillo, has worked as a costume designer in Hollywood for film, television and theatre. He was invited to design a collection based on and inspired by the Rebozo.
The Rebozo is a traditional Mexican shawl and is a proud symbol of Mexicanos. The Sacramento cultural group, Reina Fiestas Patrias chose to this humble article of clothing as a point of celebration of the richness of Mexican heritage.
The event did not disappoint.
There were various performances of song & dance, including a memorable  one by the Ballet Forklorico. And the fashion show was muy bueno! I regret I was unable to photograph during the show. 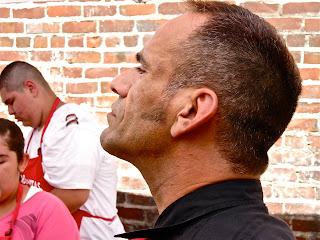 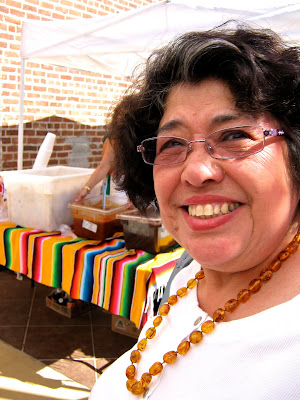 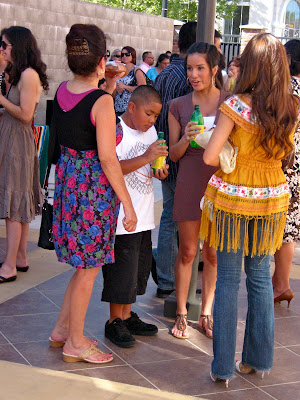 I took exactly 3 pictures in the courtyard behind the Guild, while we waited in line for a plateful of tacos, and Jarritos sodas. The first is of my second-cousin Alfredo, whom I met once when I was 3 years old; not surprisingly I don't remember this. He wore an awesome  Mariachi-style outfit, complete with sparkles down the sides of his pants, and I'm bummed I didn't take any pictures of it. The second one is Mama Q, my mamacita, and my psychopomp to the event. Mama, I'm so glad I went!  Estoy un momento tan divertido ver el desfile de moda con usted!  The third shot captured some of the folks who attended. Note the lady wearing a top made from a rebozo. Shows you a little flavor, ¿no es así? 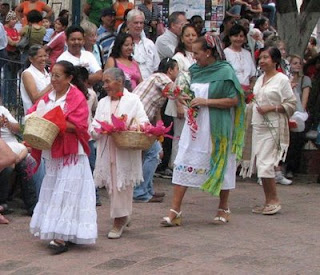 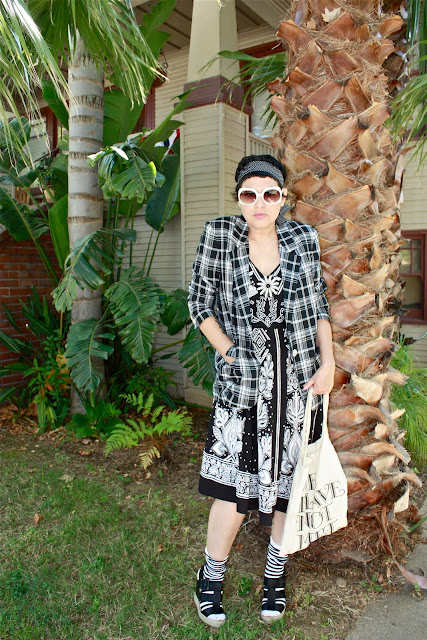 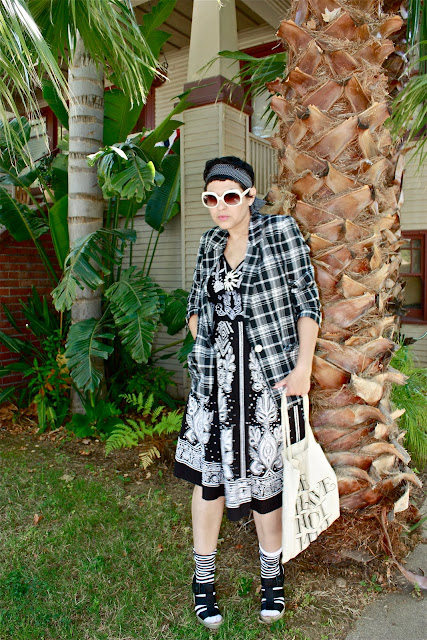 Well instead of a rebozo, I have a blazer. A re-blazo, if you will. Black & white cotton plaid with pushed up arms. No songs will be written about it, no poems for it, and not one festival created. The new Coach wedges, however, may be another story. 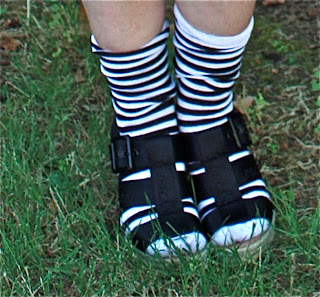 those glasses are so cool. i lost my white ones last year ;-(

BELLA, this is my FAVOURITE, LOVING all the clashing patterns and socks and strappy shoes combo, a WINNER!!!!! love love love, XOXO, J

I love all the photos. And I really like your outfits!

Oh my goodness! That blazer is so hot over that dress!

You have such cool style, can't believe i have only just come across you!!! - following!! :)

VISIT ME AT LITTLE RAZZI

I'm so stoked to see a comment from my dear pal Casia! Haven't heard from you in a while, girl. White sunglasses loverrs unite!

Jemina, thank-you! (I think this outfit is one of my faves, too ;P )

Thank-YOU Luci Ana. You are such a dear and I cherish your sweet words!

Kerry Lin: I LOVE YOU!

Paddy, thank you, and HELLO! (now I'm off to check out your blog.) Cheers! -Bella Q

oh wow how fun and theres some history about it too.
your so fun and this outfit i really like it with the blazer
your the queen of mixing patterns
this is really good
and i dig those socks too with those wedges of yours!
muy bueno!

Looks like a fun time for sure! I really like the pattern of your dress and your blazer is fantastic.

That little girl looks absolutely gorgeous, I gathered so much inspiration from that one photograph. Thank you!!!

I love this basic black and white color palate with the different prints. It really pulls the entire look together!!!

HA....reblazo. You're funny. And really good at mixing prints, I might add.

Is the blazer and wedges for sale? IF so, what are the sizes?

Thank you, Meggs & G&G. Mighty sweet complimnets coming from you.

Your style is Awwwmazing!!!
Thanks for following my baby!
I am your newest fan as well!
Great to "meet" ya!

I love your dress!